Yes, mountain bikes are definitely great for long distances. They are equally good on flat surfaces like paved roads and uneven terrain. They are designed to be used heavily and on a rough surface, hence the comfort for long usage is already kept in mind while constructing the frame of the bike.
However, it can all boil down to, are you using a good mountain bike that is well built with quality and comfort in mind? Mot all brands and not all models are the same. You have to be very picky here and choose exactly what suits best for your needs, which in this case are long-distance rides.
Another thing you might want to consider is, are you going to be using your bike continuously on paved roads? Or will it be mostly on unpaved and non-flat terrain? Because for paved roads, you might not even want to go for a mountain bike but instead of a regular bike, unless you already own one.

Let’s get down to understanding why exactly they are not only good but might actually be a better overall choice for the long run.

Why is the Mountain Bike a better Choice?

The name ‘mountain bike’ should put things into perspective fairly easily. That perspective being that mountain bikes are meant for terrains that take more of a chunk out of the bike and you. One of the more clear testaments to that statement is mountain bikes may be the most common form of non-motorized transportation that can be seen with double (front and rear) suspension. The geometry of a mountain bike is designed to help you travel with an upright/ straight-back posture which is much more comfortable for some people as compared to the hunched-up/ bowing posture of a road bike.

So a mountain bike shines in places where you need extra endurance from the bike itself along with adjustments that take the pressure off of you. Modern mountain bikes can be very intricate pieces of engineering if you know how to tweak them but even in their most rudimentary states, they’re basically designed to endure pressure and not break down, even under tremendous amounts of force. They’re durable and they can make what could be the most wobbly, raspy, or bumpy ride seem like a glide through the park (maybe because the typical terrain of a true mountain bike is around park-like backgrounds).

Even if you don’t have the most “mountain-ready“, heavyset, expensive mountain bike ready to go, something even resembling the basic model of the mountain bike (like hybrids or hardtails) can make the sort of differences (on the right sort of terrain) visible that may be enough to make you convert from road bikes to mountain bikes instantly.

So that’s the kind of terrain where mountain-bikes or mountain-oriented-bikes are supposed to excel. Now for the part where they don’t do so well.

Interestingly enough, mountain bikes are much less suitable for using only on roads when compared to road bikes. So let’s look at what makes them less suitable if the usage was only limited to roads. We can get into how we get around these drawbacks afterwards.

The downside of having suspension however is very much associated with its intended function. You see, the suspension is supposed to dissipate the incoming energy in a way that would’ve otherwise caused the bike to start bobbing or launch up in the air momentarily. Not to mention, that same force could’ve tendered up whatever part of your body was in contact with the bike and delivered damaging amounts of force to any parts that were in the direct impact zone of the force (like your back). On plane roads, suspension can absorb a lot of the force intended to move the bike forward since your pedal-stroke is provided with force to move the bike forward. That force is exerted downwards which can very likely be in the same vertical plane as the forces that, let’s say the front suspension, is supposed to absorb.

That being said, a lot of modern mountain bikes do come with ‘anti-bobbing’ designs that minimize that sort of loss. Even better is the option to ‘lock-out’ your suspension which essentially locks the stanchions or the piston of the suspension taking away its ability to process all the forces that may be heading its way. It essentially becomes a rod.

How to make mountain bikes more efficient over longer distances on road?

So far we have somewhat established that mountain bikes are much more comfortable and efficient on terrains where the bike has to take a lot of abuse. The question of increasing efficiency comes in when you’re using a mountain bike on planar surfaces that don’t require heavy impact-absorption or a lot of traction. There are a couple of things that you can do to improve the efficiency of mountain bikes on smooth surfaces.

The first thing that you may want to do, especially if you’re mostly going to be using your mountain bike on paved roads, is to replace the bike’s default wider tires with slimmer tires with less grippy tread patterns. As mentioned earlier mountain bikes use wider tires with more intricate patterns in order to navigate the terrain better and provide enough traction for the rider to be comfortable on the ride. However, on smooth surfaces that traction is not required as much which will mean that the increased amount of traction will be more of a disadvantage than an advantage. So to get rid of the unwanted friction, the rider can replace the wider, grippier tires with thinner tires like those that can be seen on hybrid bikes.  Replacing your mountain bike’s tires with hybrid bike tires is a great way to enhance pedalling-efficiency if your bike is compatible with them.

The next thing you may want to do is pay more attention to increasing the tire pressure. The typical road bike and typical mountain bike tire pressures were mentioned above, which show the opposite extremes of bike tire pressures. Generally the higher the pressure, you can get on a plane surface, the better. This is because, on plane surfaces, you typically want to move at a faster pace rather than grip into the terrain for traction. Typical tire pressures of hybrid bikes can range from 40-70 psi. Increased tire pressure combined with the less grippy tread design on the tire should provide you with less friction then what you would experience with the wider tires that have more intricate tread patterns.

Play around with the Suspension to your liking:

Another thing you can do on a mountain bike is to tweak the suspension to your needs. If you are familiar with how suspension works and have been around mountain bikes you may know that some suspensions often have a switch to ‘lockout’ the suspension which essentially means that the pistons stop moving entirely, locking the suspension in its place. This can prevent pedal-bobbing to a great extent which should help in maximizing efficiency. 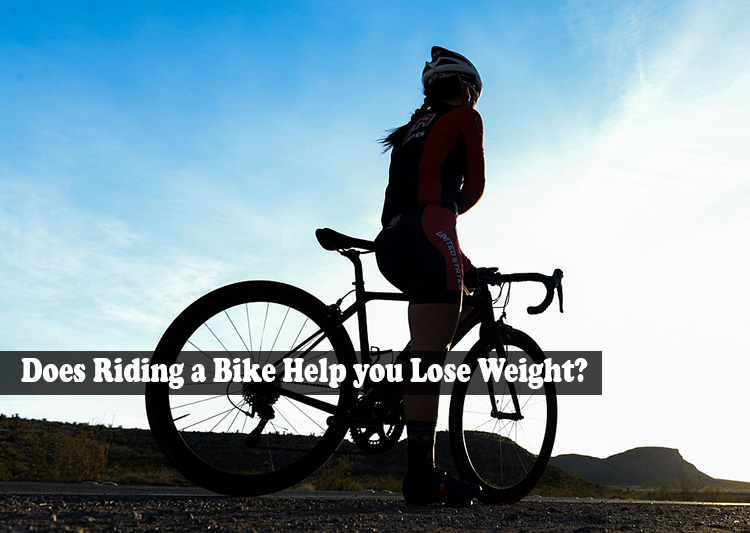